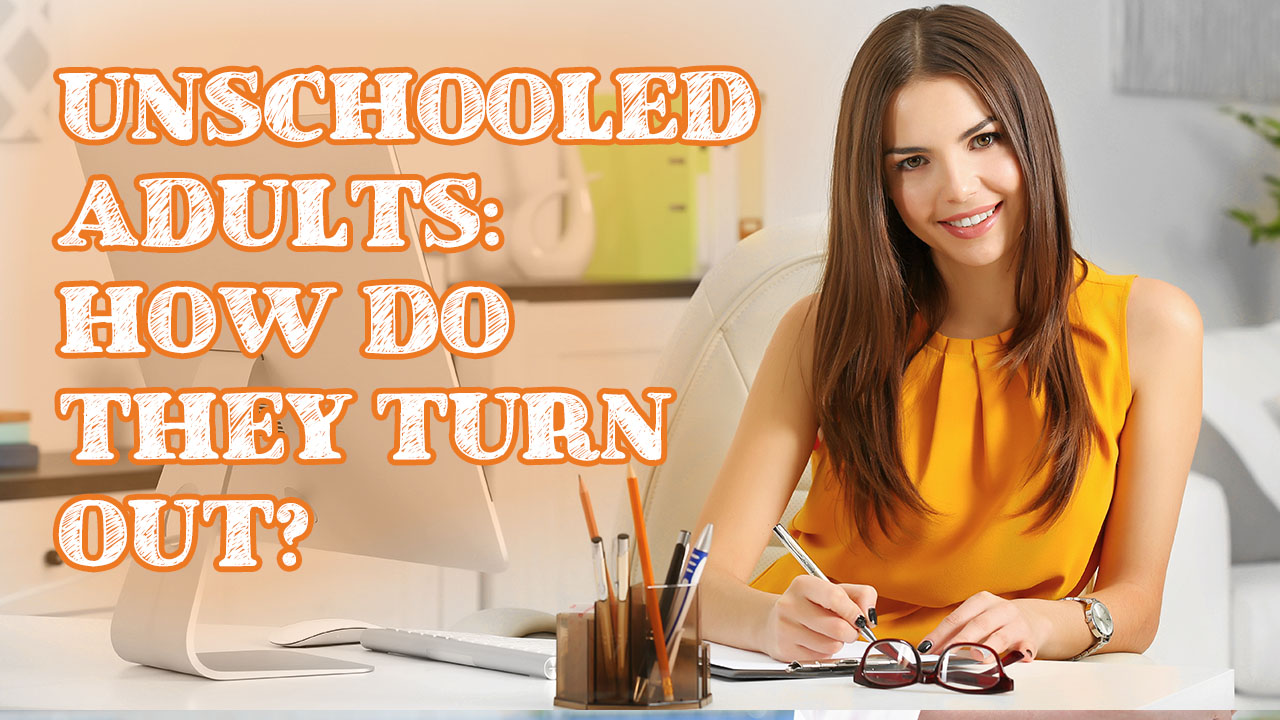 Unschooled Adults: How Do They Turn Out?

Parents thinking about unschooling their kids often wonder the same question, how will unschooling affect them as adults? Will they be able to pursue a career they enjoy? Can they get into college if that’s the path they choose? Will they be motivated to succeed or possess the skills they need to follow their dreams? These types of questions are pretty typical for any parent but for those who decide to unschool their children, there’s a lot less hard data than there is for children schooled in the traditional sense.

One very important thing that parents need to remember is that there is no typical outcome for any student or child, regardless of how they are educated. A classroom full of students, all taught the same way, is going to produce a very wide range of different types of adults. That said, is there a trend in the types of careers unschoolers choose? Are they employable without a formal high school diploma? And most importantly, are they happy?

Looking at the skills that unschooling can provide may give you a glimpse into the possible futures that may lie ahead for your child. Giving them the trust to direct their own education and allowing them this freedom can give them a level of confidence and independence that might not be achievable for children who are simply assigned work and are expected to do as they are asked.

Encouraging kids to set their own goals can instill a motivation in them that comes from a place of passion rather than from the fear of not completing their homework on a deadline. Children who do their own research about the topics that interest them will develop the ability to be resourceful when seeking knowledge. Unschooling puts the whole learning plan on the child so while it teaches them about decision making and being responsible for their own lives, it also encourages them to be creative, expressive, and follow their passions.

Another valuable insight they will pick up comes from the ability to see the world from outside of the typical Monday to Friday work week. Learning from an unschooling lifestyle that is free of all schedules and routine can show them that there are alternative ways of living that don’t include a 9-5 desk job or even a set schedule in any sense. Unschoolers almost have a behind the scenes look at how life would be life as a freelancer, entrepreneur, or any self-employed professional who follows their passions in their work. Like unschoolers, people in these professions put in as much time and dedication as they want and in turn receive rewards or compensation based on that work.

Unschooling Inspired a Taste for Passion

There is an epidemic of people in the world who are unhappy in their job. They dread work, gossip about their coworkers, detest the commute, and loathe their bosses. Children who are unschooled aren’t given an automatic way out of this life, but they certainly learn to follow their hearts rather than mindlessly following the expectations of teachers, bosses, and society. When growing up with an education based on pursuing only what interests them, the desire to choose a career in the same manner is only natural.

Unschooling should inspire children to follow their hearts to the path that will make them happiest in life. Because it allows kids to follow their interest as deeply as they’d like, they’ll have the advantage of building heavily on their best strengths while traditional schooling may have only highlighted what an educator may consider to be a weakness.

If your unschooled child has some ideas about their career path and college or university is a necessary requirement for that path, will they still be able to pursue their dreams? Or maybe you’re wondering if unschooled children would ever even show an interest in any form of higher education. Most colleges and universities accept GEDs in lieu of a high school diploma and some will even accept applicants based on placement tests, portfolios of academic achievements, or essays of previous accomplishments. Some may require standardized SAT or ACT test scores to be submitted, both of which are available to be taken as adults.

While many career paths won’t even require a college degree, this educational option is more than possible for unschoolers who choose to follow this route. Getting their application together may take a little work but everything about unschooling involves using the resources you have available to achieve your goals and drawing motivation from your passions.

Unschooled Adults Survey: How Did They Turn Out?

Everything that’s been discussed here could all come down to opinion and theory. Every human being is different and some will consider themselves more or less successful than others. Unschooling is all about having the freedom to choose your own path and trusting that it will lead you to your happiest future.

Instead of relying solely on speculation, American researcher Peter Gray and his colleague Gina Riley conducted a survey of 75 adults who had received an unschooling method of education. 83% percent of the survey participants had pursued higher education such as vocational training, community college courses, bachelor’s degree programs, and graduate programs. 44% of the participants had completed or were studying to complete a bachelor’s degree or higher. 10 of the 44% gained a GED or online diploma to gain admission to the bachelor’s program while others gained entry by first completing community college courses, taking SAT or ACT tests, completing interviews, or providing a portfolio of their educational achievements.

This survey also detailed other aspects of the participant’s experiences and responses in much more depth. The researchers mention this survey does have it’s limits as it only accounts for a small sample of the unschooling population but it also shows us that there are many successful adults who have received an unschooling education and have gone on to pursue fulfilling careers.

Between surveys done with unschooled adults and unschooling families, personal blogs of people sharing their unschooling experience, and discussions within homeschooling and unschooling forums, there is plenty of anecdotal evidence showing that unschooling can create well-educated, happy, successful adults. Becoming familiar with the community and seeing the stories of other unschoolers may put your mind at ease when deciding if unschooling is right for your family.

Launched by a community of families to provide unschooling resources to those seeking alternate educational options and and applicable real-world experiences for their children.  We focus on being a safe place where you can read and share unschooling stories, connect to like-minded families, and gather resources related to helping children thrive in the unschooling philosophy.

PrevPreviousIs Unschooling Legal Where You Live?
NextHow to Unschool When You Work Full-TimeNext

Unschooling on the Road

The Top Free (or Almost Free) Public Resources for Unschooling

How Unschooling Prepares for College 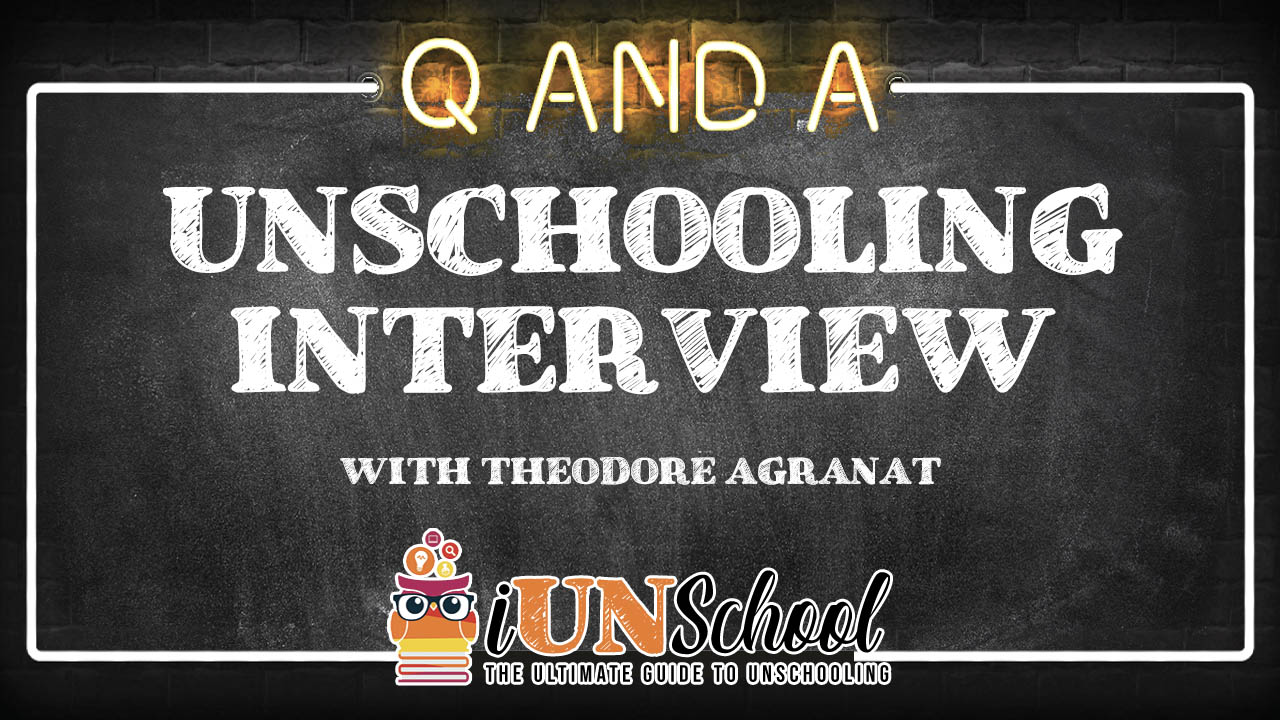